and so he did.

i think we were both in a period of transition. i was shrugging off the dark shadows of heartbreak, and he was.... he was....fixing.  repairing what was for passage into what will.

he came from Boston.


New England stole his heart, so he snatched its temperament in turn.   the brusque manner, hot-headed and bold.  he exited with his ration of riled nights and black eyes.

i didn't like him at first. he spoke too openly, too loudly.  he came on too strong.
he found the world black-and-white and i found him foolish and brash.


my refusals and beaus didn't dissuade him.  i conceded.  one date.  he did have unmatched taste in music, after all.  and let's be honest: the remnants of an east coast accent didn't hurt.

he showed me that it's okay to take what you want.  to demand.

he taught me that a lukewarm opinion is worthless.
he was the first boy to ever challenge me.
the one to teach me to challenge.


somebody doesn't like you? what, is that supposed to bother you? chin up, pretty girl. you're rippling the waters.

we were friends. we enjoyed each other and didn't bother with the romantic side of things.  there wasn't much to bother with, and that made it all the better.  no pressure, no strings.

he would take me out to sushi and we would discuss ethics, education reform, and past mistakes.  he wouldn't tiptoe around my feelings and wasn't afraid to call me out.   no sarcastic note was spared.   to him,  i was never fragile.  soft in comparison, yes, and vulnerable, certainly.   but never delicate.

he treated me as if i could hold my own.   and so i could.

it was empowering, knowing that he viewed me as an equal.
as more than his pretty girl.
my mind was valued and stretched.

i remember one night more than others. i was sitting at the counter as he was talking to mom. the banter turned to a discussion of my usually agreeable disposition and inability to hold grudges.  thanks to my tendency to attract strong personalities, the conversation was hijacked and my input was deemed unnecessary on this new topic.

you teach her to be careful, he addressed mom, or someone is going to figure out they can take advantage of her.  i bristled at his implication;  i was sure i wasn't so naive as he thought.

it was sound advice.

he taught me that you do what you love.  you really do it, and you do it well.  and then you share that with any willing soul.  after all, what's an unshared passion? why, it isn't a passion at all.

i think most importantly, he taught me that with enough desire, resolve, and backbone, you can change yourself.  despite background. despite pressures. despite assumptions.  despite past shadows.

you can leave everything you know behind, re-color your heart, and move to a foreign place to change the world.  you can change and be changed.

and so he did.

i'm still working on welding together all that that one gave me.

someday i want ladies to put their heads together and whisper,
"can you believe the sheer nerve of that one?"

dude. you have got some TALENT in writing.

Ugh. I love you so much.

So lovely! You have a really gorgeous blog x 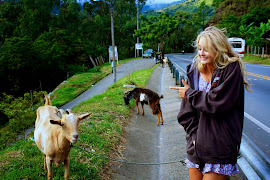